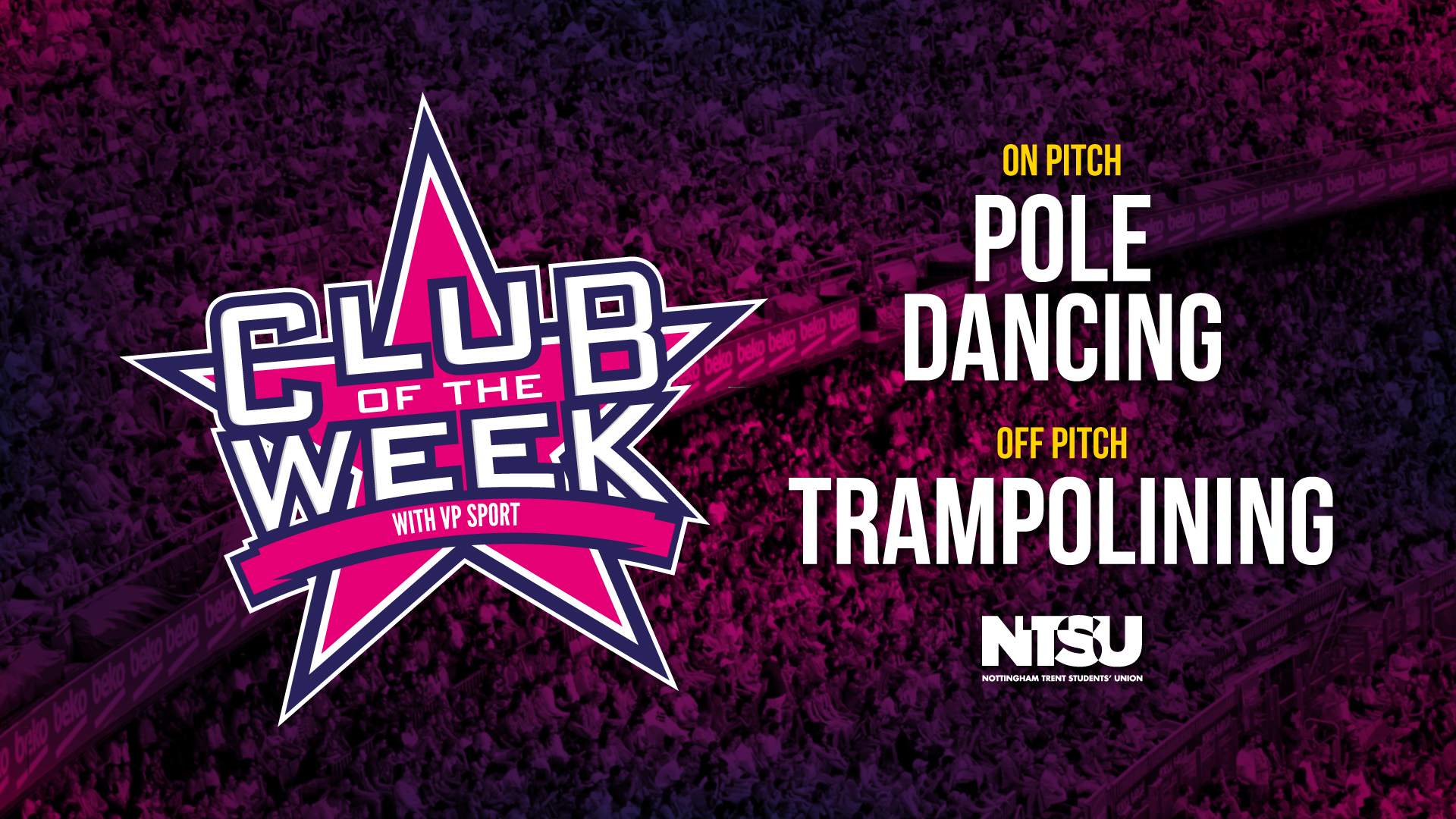 Pole Dancing competed at the IUPDC Pole Competition in Warwick and made it through to the finals! They’ll now compete in the Nationals in London at the end of March, just a week before their annual inter-university competition.

This is the first time in 7 years Trent Pole has got through to the finals and they only had 4 competitors representing Trent!

NTU Trampolining hosted a 12-hour bounce dedicated to the mental health charity Mind. After weeks of advertising and planning, the club had an amazing turnout over the course of the day and received a special visit from the University’s very own mental health ambassador, Jimmy Chipolata.

The club do a 12-hour bounce every year, but this time around decided to do so to raise money for a cause very close to members’ hearts. They managed to raise an impressive £400 for the charity which supports people suffering with their mental health.