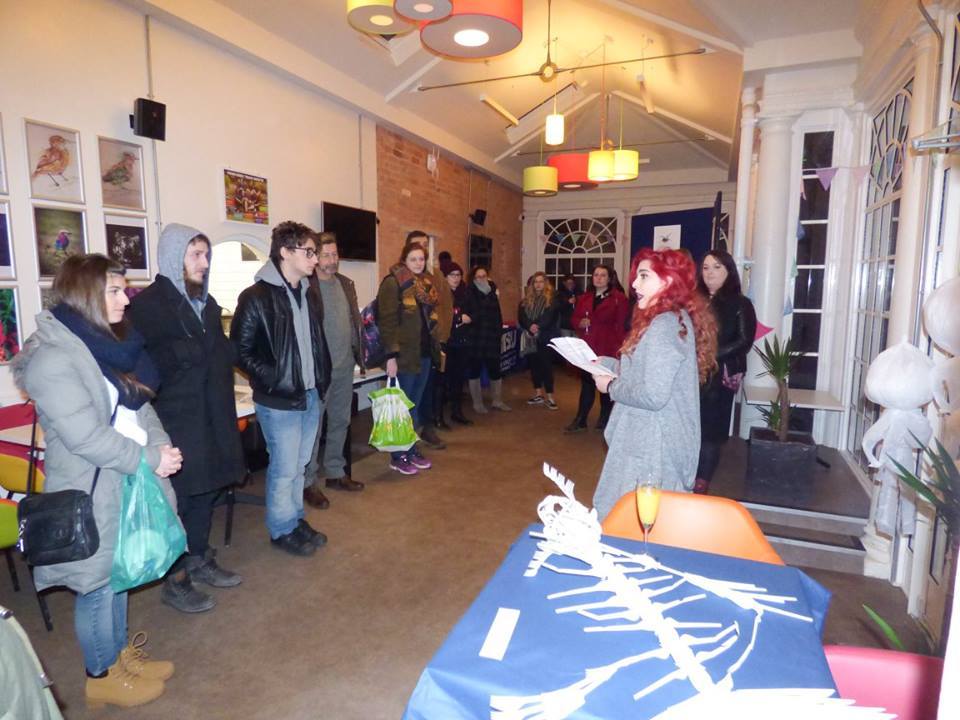 Charlie Appleby, a 3rd year School Rep and President of the Endangered Species Society, has started a Go Green Campaign at NTSU.

The campaign, which started last month, aims to raise awareness of the impact people have on the environment and encourages students to do what they can to reduce theirs.

To kick-start the campaign, Charlie organised an environment-themed art exhibition at Brackenhurst Campus and it was a huge success! Over 60 people attended the exhibition which showcased and sold artwork from some of NTU’s most talented students and more than £100 was raised for the Durrell Wildlife Conservation Trust and World Animal Protection - the two charities chosen by Charlie’s fellow students.

Speaking about her campaign and its first event, Charlie said: “My goal was to encourage students to recognise why they need to adopt a greener lifestyle and I wanted to achieve this through something creative that would draw people’s attention more than just a poster or lecture on it would. The response has been so overwhelming – it’s amazing to see so many people caring about the environment and making a difference to its future”

Charlie now plans to create a Big Ideas page for the campaign where students can vote for environmentally friendly changes they want to see put in place at NTU or NTSU.

You can submit a Big Idea by clicking here and find out more about NTSU’s Academic Reps at www.trentstudents.org/academicreps.