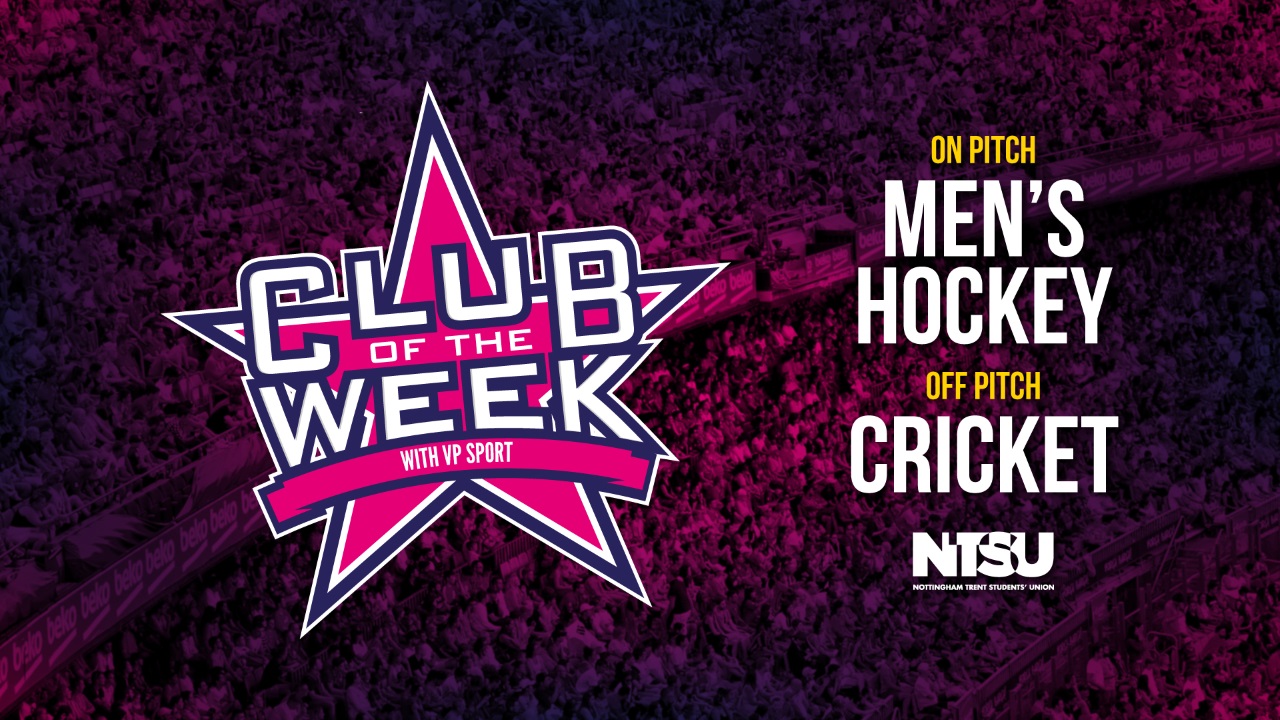 All three Men’s Hockey Teams won their games this week!
The 2s team won their BUCS Cup Semi-final 2-0, securing a place at the BUCS Big Wednesday Final, the 3s beat UEA 4-0 and won the league after Birmingham dropped points and the 4s confirmed the title winning 3-1.

Cricket dedicated the week to fundraising for BacZac, a charity very close to their hearts. Every day they raised money with a different event, including a 12-hour bike ride and cake sale.
Since being awarded charity status in November 2017, the club have held annual BacZac Weeks and many members of NTUCC have come together to show their support both individually and as a group.