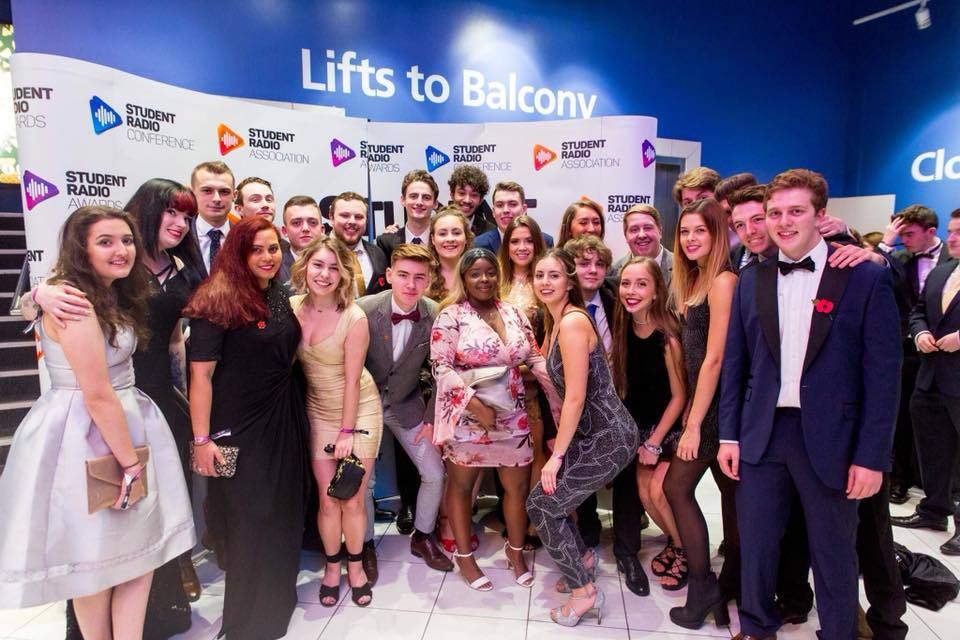 The huge industry event was hosted by BBC Radio 1’s Dev, and Capital FM’s Rob Howard, and attended by some of the biggest names in British radio.

Fly’s first award of the night was second place in the Best Chart Show category, beating off the likes of Bristol and Royal Holloway. Jen Thomas of Fly FM took Bronze for her interview with Norman Brenning after the Westminster terror attacks and Gold for her specialist music show.

The award for Best Male Presenter was also picked up by Fly FM. Matt Lynch, a third year Broadcast Journalism student, won the hugely coveted award that was presented to him by Pippa Taylor, the Executive Producer of the Chris Moyles Show on Radio X. News of the win even made it to air on the Radio X breakfast show the following morning!

Matt said: “It's a pretty surreal feeling because it's the last thing I expected. To go and win it was unthinkable in my mindset so I’m literally on cloud nine over it all. I don't think it's registered. The society is a breeding ground for some of the top radio presenters in the UK and I’m super proud to be a part of it.”

It was a great night for student radio in the city, as URN from University of Nottingham picked up several awards too, including Best Station, for the second year running. Our congratulations go out to URN.

Interested in getting involved in Fly FM or any of our other societies? Click here for more details.